I’ve always liked Crash Course.  Their unique style that combines textbook subjects with humor and entertaining visual graphics is impressive.  I wouldn’t be surprised if a student learns more from one series (which may take about 3-4 hours to watch in its entirety) than in an entire year-long high school course.  That’s saying a lot about the gap between schooling and education.

This is great, I thought.  Economics is a field that a lot of people wish they understood more about, but are so put off by reading an 800-page treatise that they don’t know where to get started.  Instead, many are satisfied with accepting the economic premises and conclusions of whichever journalists they read and move on.

Crash Course could change this, however.  With their 3.1 million YouTube subscribers, they have already educated millions on subjects from World History to Astronomy.  Finally, a name I trust can explain the principles of economics in an entertaining way.

BUT there is a problem with explaining economics: there are many schools of economic thought.  Does the series plan to talk about every subject from the perspective of every school?  That’s quite an endeavor, but I’ll wait until I see some of their work before I judge.

But alas!  The introduction video has been released, and it’s far from being non-biased or poly-centric in its schools of thought.  They come right out of the gate with satire: 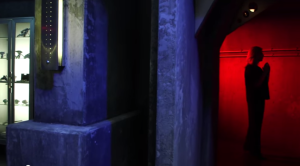 Today we peer into a world where shadowy government stooges manipulate the levers of fiscal policy from deep in their evil lairs.  They pick economic winners and losers, and control the business cycle creating recessions and controlling inflation to serve their nefarious purposes.

You probably think that members of the government use their powers for bad things, like spending on projects in order to help politically-connected corporations and campaign donors.  Since we’re using words like “evil,” “shadowy,” and “nefarious,” we’re showing you how silly this point of view is.  Governments clearly aren’t evil, so thinking that politicians are influenced by anything other than the public good is ridiculous!

The satire comes to a stop and is followed by the series’s thesis:

Almost got you there!  Government fiscal policy is totally legitimate.

I’m wondering: Are all government fiscal policies legitimate, even in countries that spend money in completely different ways?  Are all their actions legitimate because they are done by governments?

BONUS: Did you catch the factoid in black that was on the screen for maybe half a second?  It says “By law, officers are allowed to shut down lemonade stands.”  Are these the corrections in the economy the co-host was referring to? 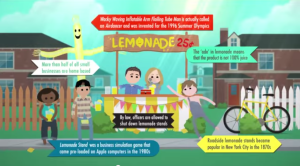 1. Without government intervention, the economy would need correction.

2. Governments correct the economy by taxing its people and spending it on certain projects.

3.  This process is completely legitimate because it actually does correct the problems it intends to solve.

This already ignores at the very minimum the Austrian and Chicago Schools of Economic Thought, which suggest that the economy is necessarily worse off when money is diverted from voluntary action (the market) to government projects.  And if the video is arguing for spending beyond the bare minimum (roads, military, courts, etc.), it would be ignoring other economic schools of thought as well.

This blog will review each Crash Course Economics video and highlight some of the premises and conclusions made in the videos.  I look forward to the project and I hope you are too!

You can watch the full Crash Course Economics Introduction Video below: