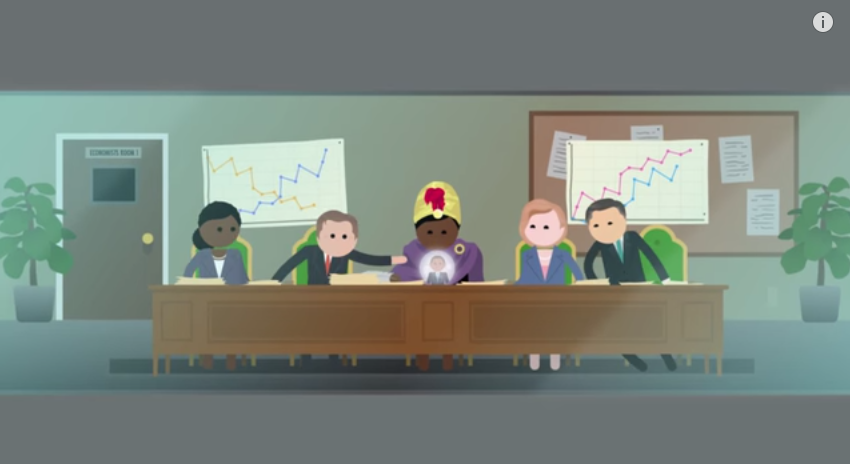 This was a great question Mr. Clifford brought up in the first video, but then never answered:

People sometimes criticize economists asking “Why didn’t they predict the 2008 financial crisis?” or “Why can’t they agree on what the government should do or shouldn’t do when there’s a recession?”

He then goes on to define and explain the differences between Macro and Micro, without ever coming back to the original questions.  Let’s go back to them.  First, the easy one:

Why can’t economists agree on what the government should do or shouldn’t do when there’s a recession?

As mentioned in previous posts, economics has many different theories and different schools of thought.  Economists can’t agree on how to respond to a recession because they don’t all believe the same principles of economics.  For example, some think government spending helps an economy get out of a recession, while others think that government spending hurts the economy.  So it’s not a surprise that these different beliefs in the fundamentals of macroeconomics lead to different suggestions on what the government should do.

Asking this question is similar to “Why can’t politicians agree about what to do about [policy topic]?”

This is a great question.  If you were watching CNBC or Bloomberg in 2007, you would not hear any debate as to whether we were headed for a recession.  After all, the stock market was up, unemployment was down, and you just bought a house with no money down!  The economy was looking good.

There were, however, people who warned against the impending financial collapse, primarily from the Austrian school.  They even made some television appearances, where they were ridiculed and laughed at on just about every program:

Does this necessarily mean that the Austrian school was right because they were the ones who predicted the crisis?  It doesn’t, but it would be disingenuous to say that “economists did not predict the 2008 financial crisis.” Some of them did.

The argument against this, of course, is “a broken clock is right twice a day.”  In other words, if you always say that a crisis is coming, then you’re going to be right when it happens.  In fact, right now many Austrians are warning of an impending financial collapse, and some of them have even predicted dates of the crisis which have now passed.  We’ll get to this more when we talk about economics as a social science vs. physical science, but Austrians are often characterized as “doom and gloomers” who always warn that we are close to the next crisis.

However, if you watch the video above, Peter Schiff isn’t only predicting a recession, he says exactly how it’s going to happen:

Today’s home prices are completely unsustainable.  They were big up to these artificial heights by a combination of temporarily low adjustment-rate mortgage payments by a complete absence of any lending standards and by speculative buying.

That’s awfully specific, and even if he was wrong about the year (he clearly jumped the gun by saying the crisis would happen in 2007), the fundamentals are pretty dead on from what we know about the recession today.

So take this for what it’s worth:  Austrians are not great at predicting the timing of recessions (but then again, neither is anyone), but the explanation behind it seems pretty solid.