Episode 6 might not be Crash Course’s greatest episode, but it is certainly the most unobjectionable to any school of economic thought (except maybe communism).  In this video about Productivity and Growth, Crash Course attempts to answer a big question about the world: why are some countries rich and others poor?

While Crash Course doesn’t explicitly say “it’s because of X,” it gives some suggestions as to what could contribute to national wealth, namely capital and technology.  But first, they accurately rebut arguments that size and resources determine a country’s wealth.

Crash Course uses GDP per capita and the Human Development Index to determine a country’s wealth.  Of course, both of those metrics have their own problems with measuring wealth and should be taken with a grain of salt, but they point you in the right general direction to show a country’s wealth. 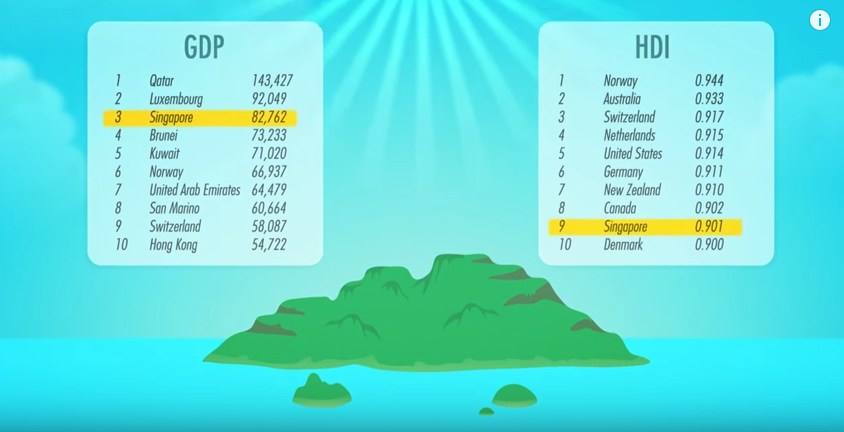 Our co-host Adriene points out that Singapore is a tiny island nation and ranks very high in GDP per capita and the Human Development Index.  Similarly, Switzerland has very limited natural resources and is relatively small in size, and is also high in the two indices.  So if small and resource-bare countries are able to be so developed and wealthy, how do they do it?

The episode points to the tragic example of Zimbabwe, a country rich in resources, but with a terribly poor economy.  Crash Course explains it this way:

Their incompetent and corrupt government keeps them poor.

Sometimes I feel like the term “corrupt government” is used as a catch-all to explain why a country is not doing well without further explanation.  Government corruption is something we all dislike, but shouldn’t we explain what the government actually does to inhibit economic activity?

Besides hyperinflating away the value of their currency, Zimbabwe is one of the least economically free countries in the world.  A restricted labor market, burdensome business licensing, and the violent seizure of land by the government impedes economic development.

But absent government interference, how does a country actually create wealth?

After giving the example of a company producing doughnuts nonstop, Crash Course explains that the amount that a business can produce determines the amount of money that worker can make:

Simply put, the more that each worker can produce, the more money each can earn.  Economists argue that the main reason some countries are rich is because of their productivity…the ability to produce more output, per worker, per hour.

While entirely true, this seems weird after the last episode, which seemed to suggest that workers demanding more pay is what raises wages.

But how to people and business increase productivity? 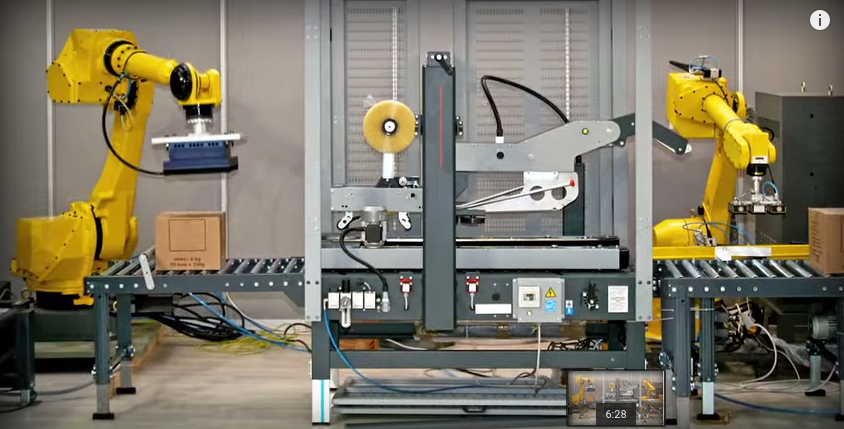 Capital is the first suggestion, but as our co-host Mr. Clifford admits, it also has a cost:

This is the risk that businesses take when they invest their company’s profits into things like research and development.  The money spent on R&D could be used to create and sell more products now, but investment into R&D will hopefully help create even more profit.

Something not mentioned by Crash Course here is that investments in capital don’t only benefit the business and employees.  They benefit consumers as well, since with more capital, the cost of making each good is reduced, allowing businesses to lower their prices to be more competitive in the marketplace.  Consumers are now able to purchase the same goods for cheaper, having more money leftover to spend on other goods, thus increasing their standard of living.

But as Mr. Clifford notes, investments in capital come at a cost to the business.  What doesn’t have as much of cost is technology:

Technology on the other hand, takes the same amount of resources and organizes them in a way to produce more output.

The internet alone has created an incredible increase in our productive capacity, and in many ways it creates goods and services that were impossible before.

Technology comes at a cost as well, and it’s much less than investing in capital, but the two are not necessarily mutually exclusive.  Many countries don’t the same access to internet (technology) because businesses have not invested in the capital of laying down high-speed cables throughout the area.  In this way, businesses’ capital investment creates the access to technology for other businesses.

Crash Course also mentioned a future episode on income inequality, which sounds like a great subject for this course.  Will they make income inequality seem like a zero-sum game, or will they include the famous Margret Thatcher argument?