After a pretty great look at the differences between market and planned economies, Crash Course next addresses the necessary roles of government.

Mr. Clifford seems to be a fan of free markets, but only to a point:

There are a bunch of things that governments must do because free markets won’t.

This statement would be true, even to small-government types, if you deleted one word:

There are a bunch of things that governments  do because free markets won’t.

Let’s look at Mr. Clifford’s examples of things the government must do that the free market will not:

Laws, Police, and the Courts 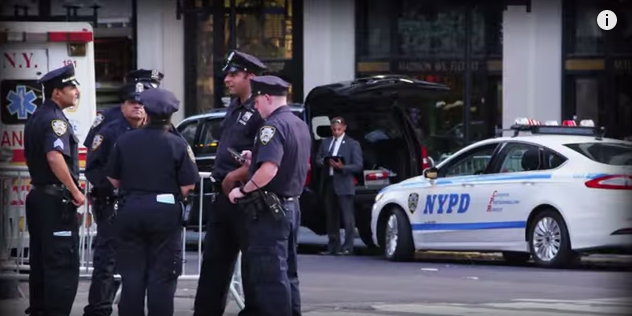 We need laws and police and contracts and courts to keep everything orderly.

This is probably the biggest and most essential role that defines what government is, and it is the subject of a number of books.  However, for law, there are also examples of polycentric law in different parts of the world. For police, I’m sure you’ve seen plenty of private security firms, especially where the police are inadequate.  And for the courts, private arbitration, mediation, and settlements already decide between 90-95% of lawsuits today.  Do free markets really refuse to provide these services?

We need public goods and services, like roads, bridges, education, and defense, because goods can’t get to consumers if bridges are falling down, because consumers can’t make good choices because they are not educated, and nobody really cares about the new iphone if there’s a bomb dropping on your head.

Private roads exist, and they are sometimes built where the government roads fail.  But what about the roads that we use everyday, including the highways and main roads in a city?  The free market does not provide for it, but would it not, as Mr. Clifford implied, if we lived in a purely free-market system?  This question is the subject of so much debate that arguments about free-market roads have its own wikipedia page.

The free market certainly provides for schooling currently, and many would argue better, than government-run schooling.  Education, however, does not need to cost anything.

Defense is something the free-market does not provide at all.  This might be because there is not a market for an alternative national defense system (Americans pay a lot for theirs already) or because it would be illegal to create one.  The free-market question to this has a complex answer (also with its own wikipedia page), but to say that the free market would not provide for this service absent a government seems dubious to me, considering a national defense would probably a highly-demanded service.

Mr. Clifford’s phrasing (these are the things the free market won’t provide) is unfortunately not supported with arguments for why the free market wouldn’t produce these things.  Instead, he lists services that the government provides, most of which are also provided in the free market.  The discussion of whether the free market would produce roads or defense would be a very interesting conversation, and one I hope he and Adriene delve into in future episodes.